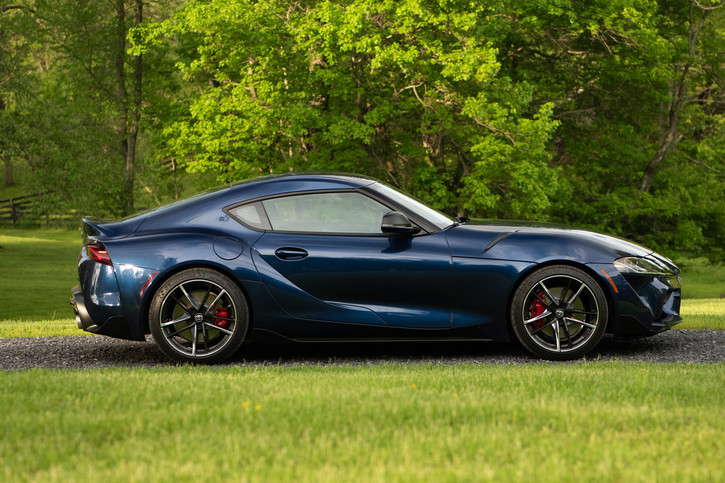 Today we're excited to be taking a first look at the new 2019 BMW Z...errr, the 2020 Toyota Supra! Obvious jokes aside, we were pretty excited for this one, so we combed the internet to find the best reviews and bring them to you.

What's perhaps most interesting, is that (oftentimes) the reported backstory on how the 2020 Toyota Supra came to be is longer than the reviews themselves - and for good reason. Here's the "TLDR" version: Back in May of 2012, Tetsuya Tada, a chief engineer of product at Toyota, received an important phone call. Told he needed to leave his product launch early and jet off to Germany to meet with bigwigs at BMW, Tada said he knew deep down it was about the Toyota Supra... the time for its resurrection had finally come. What followed was seven years of discourse, argument, and compromise to reach the engineering feat that is the 2020 Toyota Supra - a marriage made in heaven between BMW and Toyota.

For those interested, TopSpeed.com has a retrospective on the life of the Supra, from its inception in 1978 through its last issuance in 2002 and it's worth a read. Justin Cupler writes, "The Supra debuted in Japan in 1978 as a high-performance version of the Celica hatchback [... and] became a true contender in the modern sports car realm with the introduction of the fourth generation in the 1993 model year." Flash forward to this year, and what we have on our hands is a fifth generation Toyota Supra featuring the best in German engineering. One of the most notable features is the BMW 3.0-liter turbo inline-six engine and platform, producing 335 horsepower and 365 pound-feet of torque. But some question the decision to enter into this engineering partnership, why didn't the Toyota Supra make its triumphant return a solo endeavor? To answer that question, and explore some of the 2020 Toyota Supra's many features, let's dive in. 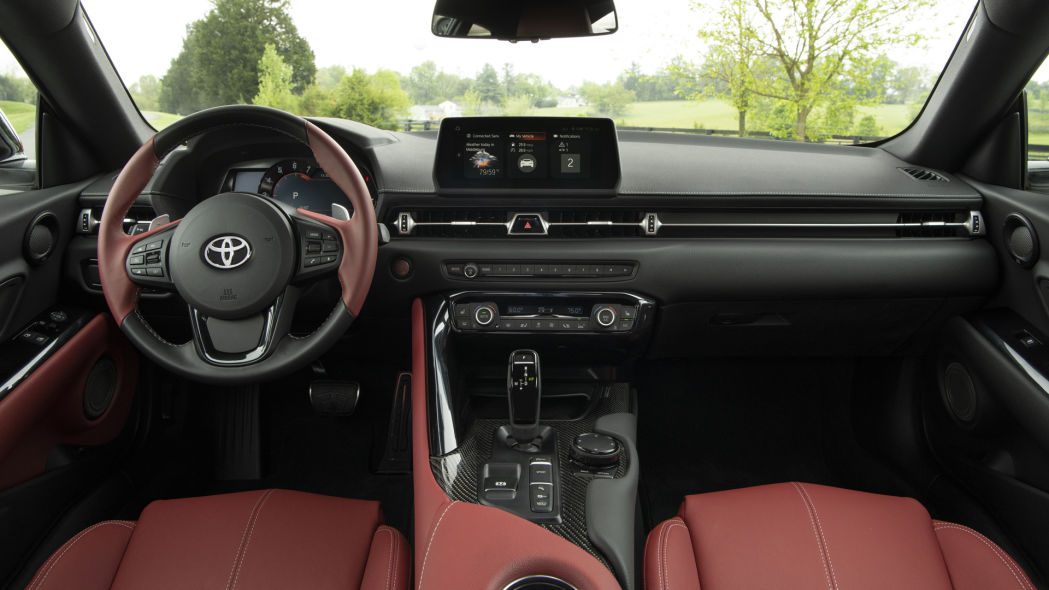 Tongue-in-cheek, Jacquot writes on the pairing, "Picking a partner in car building is a lot like picking a partner in life. And Toyota could have done far worse than BMW. [But] the Supra loyal weren't shy in expressing their indignation about the union, claiming that a Supra without a manual transmission—gasp!—could never be a true Supra and that a co-developed car was destined to be viewed by history as nothing more than badge engineering. Viewed with the knowledge that the Supra uses a BMW engine and that its transmission, dampers, and steering rack are shared with the Z4, Tada's claim that [BMW's] fundamentals weren't just thrust upon Toyota is hard to believe."

But while the two vehicles may be mechanically almost identical, both BMW and Toyota insist their respective cars drive and handle differently. The 2020 Toyota Supra has two drive modes - Normal and Sport, as well as only two seats. The base Supra starts at an MSRP of $50,920 and comes fully loaded with all the performance hardware. According to Jacquot notes that, "marginally larger rear brake rotors are available on the $54,920 3.0 Premium and the $56,180 Launch Edition."

Patrick George for Jalopnik delves a little deeper into the partnership between BMW and Toyota, and why it was necessary to bring this car to market at a reasonable price, "To make the new Supra an all-Toyota project, Tada said, would have pushed development back two or three years and possibly put the price tag over $100,000. He didn’t want that. While its $50,920 base price isn’t cheap, it’s still relatively attainable. [But] it wasn’t a matter of lowering costs. At least not entirely, though that did happen. The Supra had to have an inline-six. BMW had a good inline-six. It would’ve taken years for Toyota to develop such an engine from scratch, he said - and another factory. How realistic would that be?" 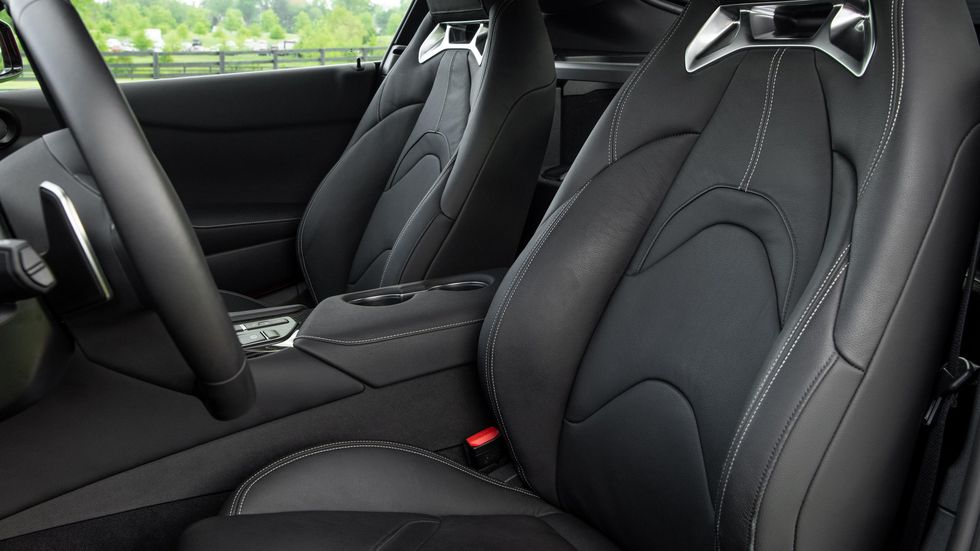 But not all car enthusiasts are as critical of BMW's and Toyota's partnership. Lawrence Ulrich for AutoBlog points out, "For sports cars that share so many genes, they couldn't feel more different. The rightness of BMW's and Toyota's strategy, developing these cars separately using the same mechanicals, practically blows my mind when I jump from the BMW into the Toyota and back again – and it should impress anyone who does the same." Ulrich notes that while the BMW Z4 "leans conservative", promoting an elegant feeling throughout, the Toyota Supra looks like an "eight-tenths-scale supercar", a small vehicle that's trying it's best to look imposing to the competition. Where the BMW is defined by luxury, the Toyota is driver-centric performer that may lack some of the refinement drivers are looking for at that price point... but none of the power. 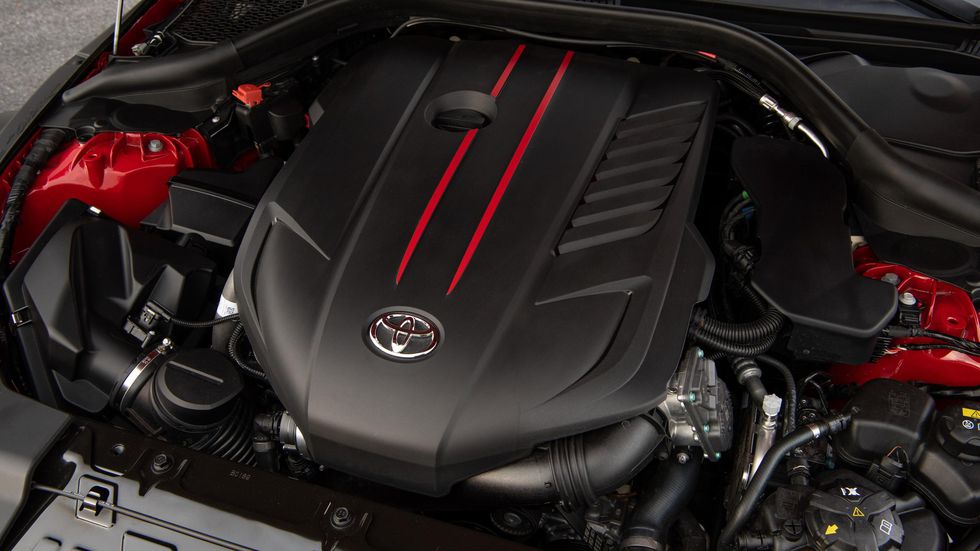 As we circle the outside of the vehicle, you'll notice a few distinctive qualities that make for a better performance. Tim Stevens for Roadshow writes, "That engine its in the nose, but a quick look under the hood shows it's been pushed dramatically rearward -- and that's despite the bundle of ugly, black plastic swaddling everything. Indeed, Toyota has managed a perfect 50:50 weight distribution here. At 3,397 pounds, MkV is about 100 pounds lighter than an automatic MkIV Supra Turbo. That's despite the new car having, among its many modern amenities, eight airbags. The new Supra is five inches shorter than the MKIV and yet two inches wider, a stance that can only do good things for handling. The new Supra is in fact deceptively small, closer in length to a Toyota 86. Something had to go to deliver this dimensional brevity, and it was the rear seats. Instead, you get a sort of parcel shelf and exposed strut tower brace." Ultimately it's 100% a Toyota shell, no matter what BMW parts are found inside. 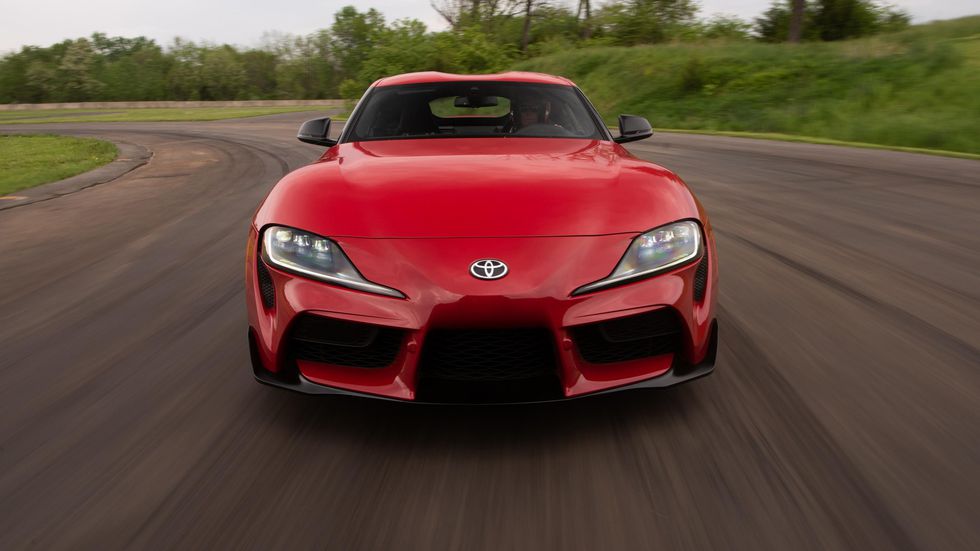 The 2020 Toyota Supra has long been anticipated, and while there is no doubt that in many respects it lives up to the hype, there are those who wonder if nostalgia is fueling some of the enthusiasm for this car - there's a reason it was discontinued in the first place. Strengthening of the yen in Japan pushed up the price of this already expensive car and, coupled with the steep decline in sales in the United States, the decision was made to cease production in 2002. The automaker sold only 10% of their projected sales goal. With the desire for sporty, performance cars on the decline in 2019, some question the decision to produce the fifth generation of this car at all.

Then there are those who are genuinely unhappy about the partnership between BMW and Toyota, calling the Supra nothing more than a BMW parts bin car (perhaps this anger is also fueled by nostalgia), a BMW in every way but styling. And where's the manual transmission?! TopSpeed even dedicated a whole article to the flaws it saw as evident in the Supra, claiming that "the fifth-generation Supra isn’t worthy of its badge." We'll let you decide!

Unlike traditional dealerships, Carlease lets you browse for your next vehicle from the comfort of your home or office. We work with several independent finance companies and will shop around the market to help you find the best lease deal available, saving you time, money, and hassle. Couple your savings with free home delivery and you'll see why Carlease is the easiest way to lease your next vehicle.

Visit Carlease.com today to view the 2020 Toyota Supra or hundreds of additional makes and models. When you’re ready, reach out to our leasing experts who are standing by!

Most Popular Vehicles Near Chicago, IL

Green Fleet Vehicles: Are They Right for Your Business?

Not sure where to start? Need leasing advice? Our team of leasing advisors are here to help.